Our game is set in the region of Eltimpyr. Just over a thousand years ago, the native population of orcs and humans were invaded by colonial elves, who established an empire built on meritocracy, promising those who joined them the chance to rise in the ranks should they work hard enough.

Those who fought back were pushed across the Wounded Sea and settled in Orkosh, where they remain to this day and still hold to the old shamanistic ways.

Any who were convinced of the elvish promises were integrated into the elvish settlements, raising families together and enjoying the gifts the empire had to offer. But a realisation crept through the native descendants, that with the elves extended lifespans, positions of power rarely opened up, and even a human lifetime of hard work often amounted to nothing. This resulted in a revolution known as the Mortal Uprising where humans, half-orcs, and half-elves pushed the elvish empire back, splitting the region into two main countries, Aeland to the North, and the Free Peoples to the south. 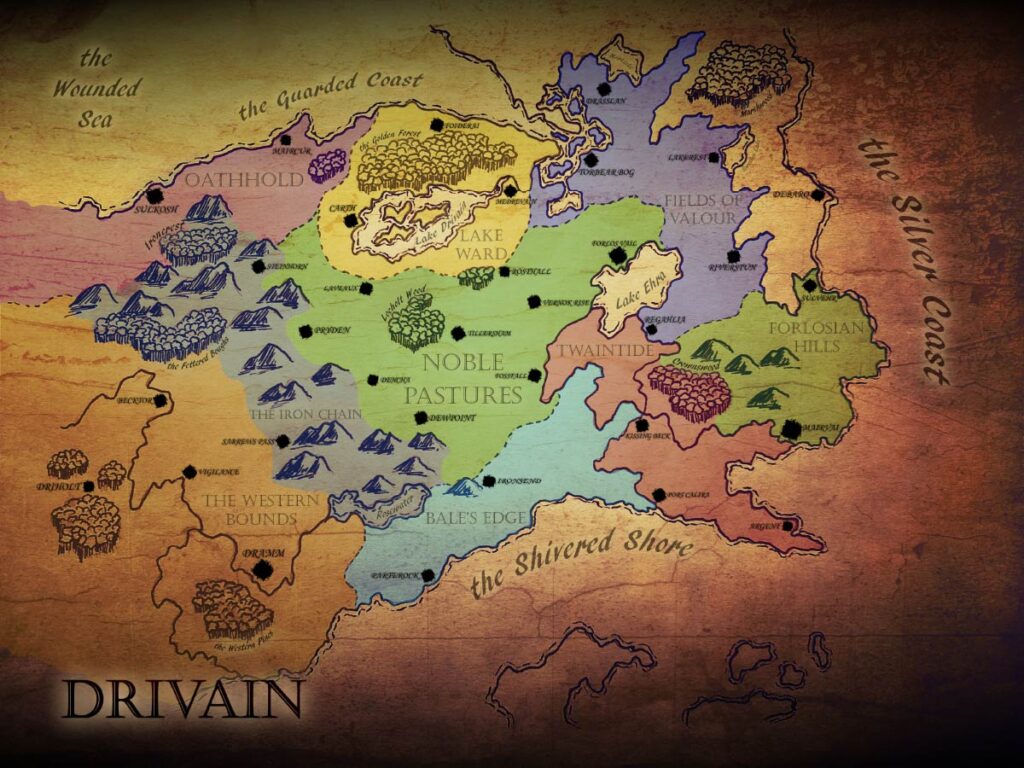 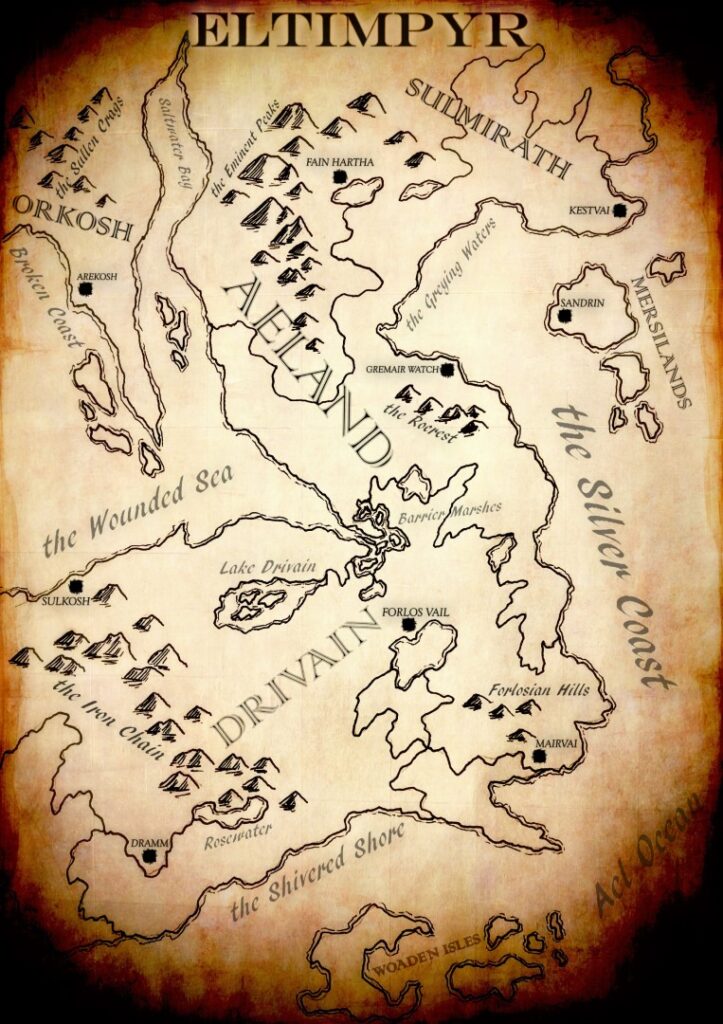 For a few years, the Free Peoples rejoiced in their autonomy, living hedonistic, unrestricted lifestyles. But this in itself led to chaos and civil wars until a gathering of leaders resulted in the signing of the Accords and the crowning of Reumath Tarrabor, the first King in their new country of Drivain.

Over the next 600 years, three other territories emerged. To the far north of the mainland, out of the deserts came an invading force of mages, who claimed Aelish cities and pronounced them part of Sulmirath. Off the southern coast of Drivain, the Woaden Isles declared themselves a republic after years of being the dumping ground of Aelish and Drivainian petty criminals, and off the eastern coast of Aeland, the Mersilands established themselves as a neutral archipelago, facilitating formal talks between the other endlessly skirmishing nations.